I know a one-day itinerary seems very short for Crater Lake National Park, but it’s totally possible. When you’re on a short vacation, you want to fit in as much as possible, right? Luckily, I’ve done all the leg work for you. We actually planned to go in the day before, but by the time we got up and drove to the park, it was already 2:30 p.m. We also waited another hour because there was a mile-long line of cars to get into the park and we weren’t even close to the front yet. So, we scrapped that day and decided to wake up super early the next day.

We entered from the south entrance around 9:00 a.m. and the park fee was $30. Not a single car was in line and we got in immediately. The plan was to do three moderate hikes and end the day at one of the overlooks for sunset. We also scheduled the hikes a certain way so it would take us around the whole park.

This was our first trail and it was kind of a fail. We probably hiked maybe 30 mins of it. First, we were driving along the road trying to find the trail thinking there were going to be signs, but no. We finally looked at the little newspaper they give when you enter the park and found out that the trail started near the gift shop/lodge. So we drove back and finally found the trailhead (if you can even call it that). The newspaper says to hike on the asphalt until it turns into dirt (which it did), but then it dead ends into a off-road parking lot. It didn’t clearly indicate that you are supposed to walk through the parking lot so we were walking back and forth aimlessly confused. After we decided to cross the parking lot, there were like three more parking lots that we had to cross. It was really confusing.

Once we got to what I believe was the main part of the trail, we’ve probably already wasted an hour. We knew we wanted to do the Cleetwood Cove Trail around noon so we decided to abandon ship and walk back to our car. So, I can’t really review this trail too much, but it looks like the trail wraps around the edge of rim which gives you nice views of the crater and Wizard Island.

Next on our Crater Lake itinerary was the Cleetwood Cove Trail. I wanted to do this specific trail because it’s the only trail that leads you to the edge of the water. I also picked around noon time because I wanted to get a good picture of the gradient blues in the water. Having the sun directly overhead is actually good for once. I also thought this would be a great place to eat our lunch and take a swim afterwards.

There are rangers at the beginning of the trail that will give you a short presentation before you start the hike. Mostly warnings about bringing enough water and to make sure you’re capable of doing the trail since it’s pretty steep. There are bathrooms near the parking lot if you need to use the restroom or change into your bathing suit. The bathrooms at the bottom were closed when we went. The trail is pretty packed with people, but it wasn’t overly crowded. It’s pretty much your typical switchbacks going straight down and straight up. Going down was easy, but coming back up was a different story. We probably had to stop four or five times on our way up to catch our breath and the heat did not help. I would highly suggest you bring a small towel or old t-shirt and soak it in the water. That way, you can use it as a cold wrap around your neck to keep you cool. It definitely saved me.

Once you get down to the water, there’s plenty of space for you to lounge around. This is a rocky beach, so you’ll have to scramble a little to get a good spot. We decided to head left and hiked a little bit so we can be away from people. If you choose to go right, that’s where the you can watch everyone cliff jump off the rocks.

After the hike, we got in the car and headed towards Sun Notch Trail. Not going to lie, walking up Cleetwood Cove Trail in the sun took a lot out of us. There are a bunch of outlooks on the way so we decided at the first outlook, we were going to rest in the car under the shade for five minutes. Well, I think we probably passed out for almost an hour, but we felt absolutely great after that! We continued on the road and finally got to Sun Notch. This was a super easy trail and it was nice and relaxing. We were one out of three groups on the trail so there weren’t a lot of people. Lots of trees and shade. We picked this trail because it’s supposed to be a good view of the Phantom Ship. We couldn’t get a super clear picture because, unbeknownst to us, there was a fire nearby happening and the smoke was falling over the whole park.

The last stop of our Crater Lake itinerary was Cloudcap Overlook. The overlook is the highest road access overlook in the park. It is the place you want to be if you’re looking for a good sunset photo of the crater. Sunset was scheduled to set around 7:30 pm so we decided to head back around 6:45 pm. Once we arrived, there was already a line of cars parked waiting. It’s a small u-shaped parking lot so there weren’t a lot of spaces to park.

It was absolutely freezing when we got there. It was crazy windy and everyone was huddled up in their cars not wanting to get out. Luckily, one car left so we scooped up their spot which was right in front of the crater. I was shaking so bad that I couldn’t even keep my camera steady. The wind would have tipped over my tripod for sure if I wasn’t holding on to it for dear life. The pictures might look calm and dreamy, but it definitely felt like a tornado passing through. I had to run back into the car to warm up and then run back out to take pictures. I’m not sure if this is normal, but it was crazy how windy it was.

On top of the wind, the haze from the smoke is now more thick and prominent. Little did we know that this was the last clear day we were going to have. The next day was the beginning of what was Oregon’s worst wildfires the state has ever seen.  For six days, we were stuck in the most hazardous air quality in the world. The funny (not so funny) part was that we left California to go to Oregon so we can get some “fresh air.”

I really wanted to stay at the Crater Lake Lodge, but the weekend was already booked by the time we started planning. I read on other blogs that if you want to stay here, you have to book months in advance. They only have 71 rooms so they are bound to fill up fast.

Unfortunately, Crater Lake is not really near any big cities, so hotel options were sparse.  We looked at staying around Fort Klamath and Chiloquin, but couldn’t find anything decent. In then end, we booked at Harriman Springs Resort & Marina a little over an hour away along the edge of Upper Klamath Lake. It’s a bit farther away, but it was at least towards our next destination. I’ll be writing a separate post about the resort soon so look out for that. Rocky Point Resort and Point Comfort Lodge were two other properties right next door that we were looking at staying, but decided on Harriman since it looked more up-to-date.

Let me know if you have any questions about my Crater Lake itinerary in the comments below. Would love to answer your questions if you are planning a trip to the area. Thanks for reading! 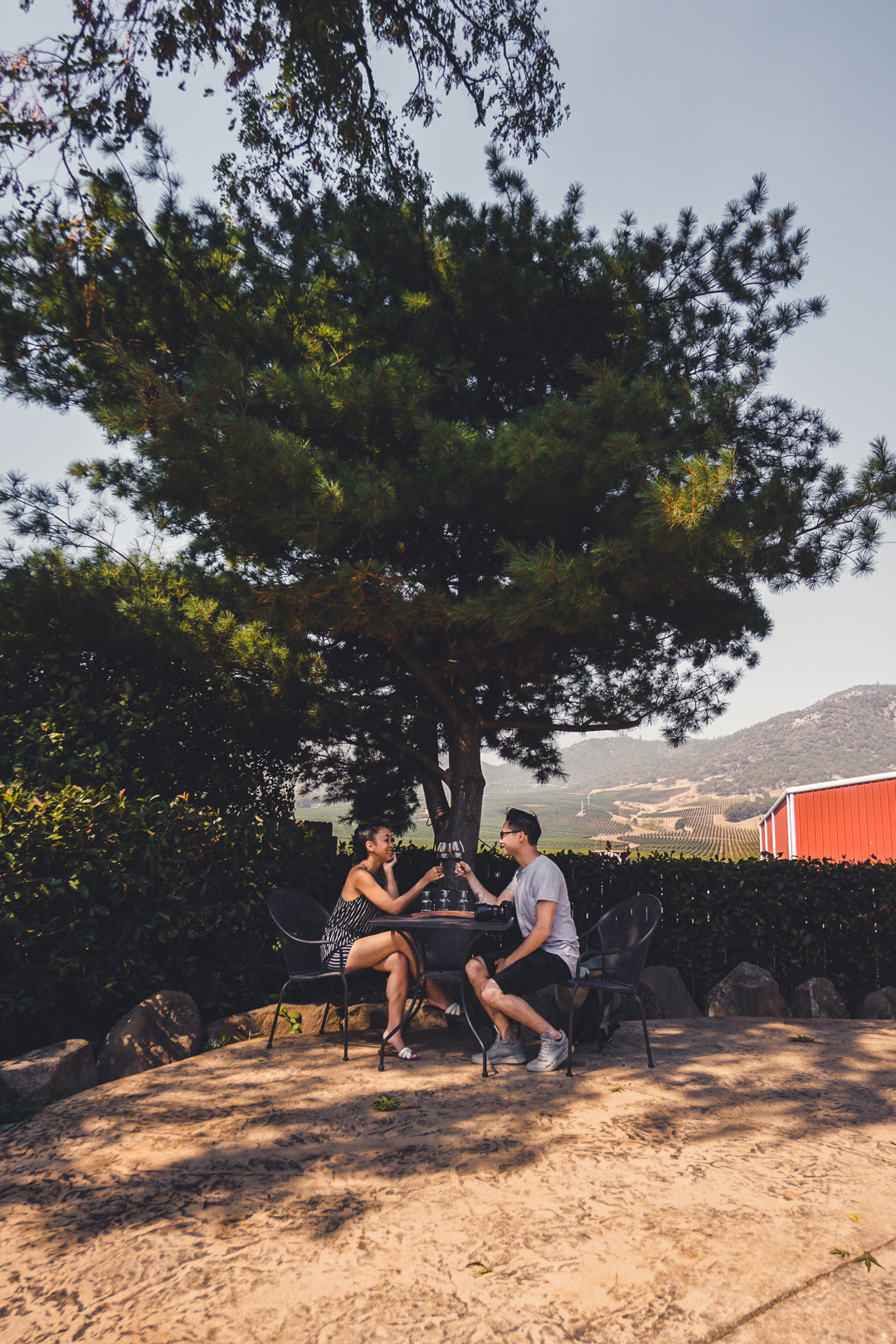 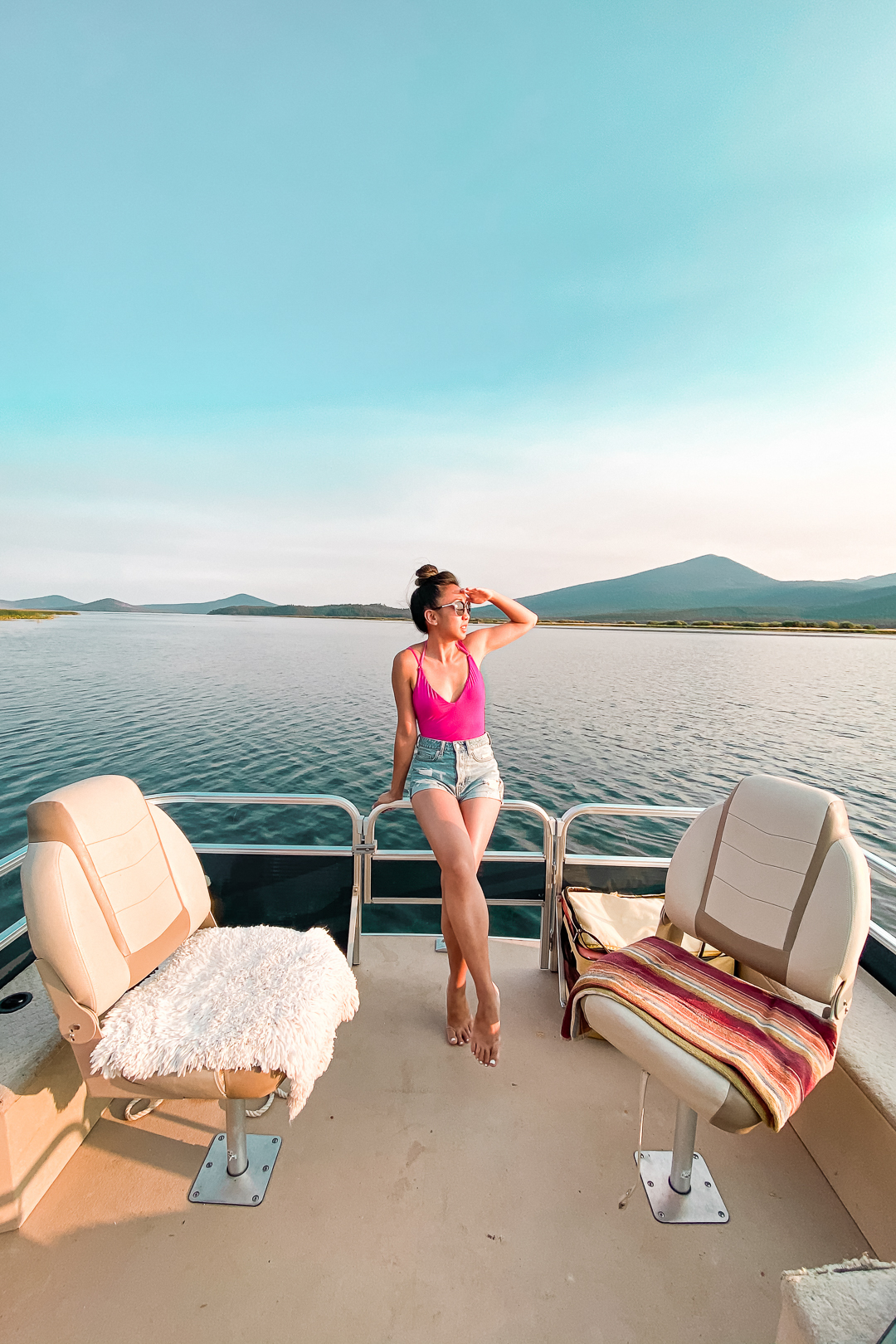 The first place I’m going to go once this pandem

Just going back on old photos from the beginning o

Coppa Club London a still closed down to the pande

What’s Paris without a little Chanel, right? The

Some travel inspiration from last year trip to Lon

Ahhhhhh Paris! I know everyone says that they miss