Umpqua National Forest is filled with an abundance of waterfalls hikes and it was hard deciding on which ones we wanted to do. The day we landed in Portland, we decided that we were going to drive down and spend the night in a city closer to Umpqua National Forest. We were flipping back and forth between staying in Eugene (+2 hours away from Umpqua) or staying in Roseburg (+1 hour away). We originally decided on Eugene since it was a much larger city and there were more things to do at night. In the end, we decided to drive out further to Roseburg so we would be closer to the hikes the next day.

We knew we wanted to do Toketee Falls as our first hike so our strategy was to just keep moving east from there. The route actually worked out pretty nicely in regards to timing so if you’re trying to fit all of these in one day, it’s totally possible. Also, if you’re into video, be sure to check out our YouTube link at the very end! These are the five Umpqua National Forest waterfalls hikes that we chose:

This was the main waterfall that I wanted to see out of all the ones in Umpqua National Forest. Mostly because you can get an awesome picture from the base of the falls. As mentioned before, we spent the previous night in Roseburg about an hour away. We woke up around 7:00 a.m and left around 7:45 a.m. to try to make it to Toketee Falls by 9:00 a.m. The official trail is pretty easy and took about 10 mins to get to the observation platform. You will be above the falls and be looking down. If you want to get to the base of the falls, you will have to go through a chain-link fence and scramble your way down. If you want more detailed information about this hike, I did a whole blog post on just Toketee Falls that you can read about here.

: Easy (if you stick to the main trail) / Moderate (if you plan on doing the hike down to the base)

This waterfall was amazing! It’s a very tall waterfall and the hike was gorgeous going up. There are two ways to get to the falls. The route we took led us halfway up the height of the waterfall. In the end, there’s a small area with a bench where you can sit and watch the falls. To get to the bottom, you will have to slowly scramble down the mountain. Mind you that it’s very wet from the mist so rocks are very slippery. There were a couple of times where I had to sit and scoot my way down to keep from slipping.

The second way takes you straight to the base of the falls and skips the bench area. To be honest, we didn’t even know there was a second way until people started coming up from behind us. We decided to take this route back down the trail instead of hiking back where we came from. This was definitely easier than the other way we took. It’s hard to pinpoint where this trail splits off from the main trail because there are no signs or directions. There’s just this tree with a clearing underneath it that people pop in and out of.

This waterfall is more of a lookout point than a hike. You are literally steps away from the observation deck that puts you in front and above the falls. I picked this place though because there are a few picnic tables where you can have lunch. I even saw people laying picnic blankets off the side of the waterfall too. There aren’t any restaurants or supermarkets once you are in the forest so we made sure to stop at Trader Joe’s the night before to stock up.

There are two logs that cross in front of the waterfall that makes for a fun picture. I originally wanted to stand on the logs where they crossed, but it was so slippery that I didn’t want to risk it. So I decided to sit down instead. The picture was taken on a tripod above on the observation deck while I ran down to the bottom.

This trail is also more of a lookout point rather than a hike. It is an easy and quick walk up to the base of the falls where there’s an observation platform. You can continue the hike up on the left side of the falls to the very top. Once you are up there, you can see the river that feeds the waterfall. There are a lot of fallen trees, but the water is super clear and calming. If you want to take a picture in front of the falls, all you have to do is walk across one of the fallen tree trunks, but be careful and take your time. It’s slippery and you will have to grab on something for balance.

This hike was kind of a fail. I didn’t read the comments on AllTrails and didn’t noticed that there are two trails for this waterfall. All we did was put the trailhead into Google Maps and it took us to the north trailhead. If you want to get to the bottom of the falls, you need to go to the south trailhead. They are in two totally different locations. We met a guy on the trail that also made the same mistake that we did so hopefully if you’re reading this, you’ll know which one you want to take.

Also, there’s really no end to the trail. The trail keeps on going and continues as another trail. This trail ends pretty much when you see the waterfall. We were confused because we saw pictures of people at the base of the falls and there was no way down from here. We didn’t figure out that we were on the wrong trail until we got back to the car where we had internet.

Be warned that the road getting to this trail is a little sketchy. You are on the unpaved road most of the way and once you do the last turn, you are on pure dirt and dust. The road is very uneven and having a car with high clearance would be ideal so you won’t scratch the bottom of your car. Unfortunately, we had a little 4-door sedan that took a little bit of a beating, but we eventually made it. Our strategy was to stick to the sides of the road where your tires would be driving along the “peaks” of the road instead of the “valleys.” Lastly, definitely roll up your windows if you have them down. You will kick up a lot of dirt since it’s so fine and powdery.

This is the Lemolo Falls hike that we actually wanted to do. Unfortunately, since we did the north hike first, the sun was already starting to set so we couldn’t get the pictures that we wanted. Either way, it was still beautiful. The trail is mainly switchbacks going straight up and down. It’s easy-going down, but it was definitely more difficult on the way up. If you make it to the very end of the trail, you will get wet from the mist coming off the waterfall. We probably stood down there for a minute before we went back up. Taking pictures at the base was almost impossible since our lenses would have been soaked. We walked back about 100 ft and that’s where we set up our cameras and it was perfect. We probably stayed down there for 20-30 minutes before we decided we should head back before it got dark. Below are stats based on our own recording of the trail since AllTrails doesn’t have an official link for the south hike.

Once we got back to the top of Lemolo Falls South Trail, it was probably around 7:45 pm. There was still some light out, but we were one of the last cars in the parking lot. We were so tired but glad we accomplished everything in one day. If you are trying to do the same route and want to save some time, I would probably cut out the Lemolo Falls North Trail. It took the longest and although beautiful, it wasn’t the best place to take pictures of Lemolo Falls. If you have any questions, feel free to comment below! 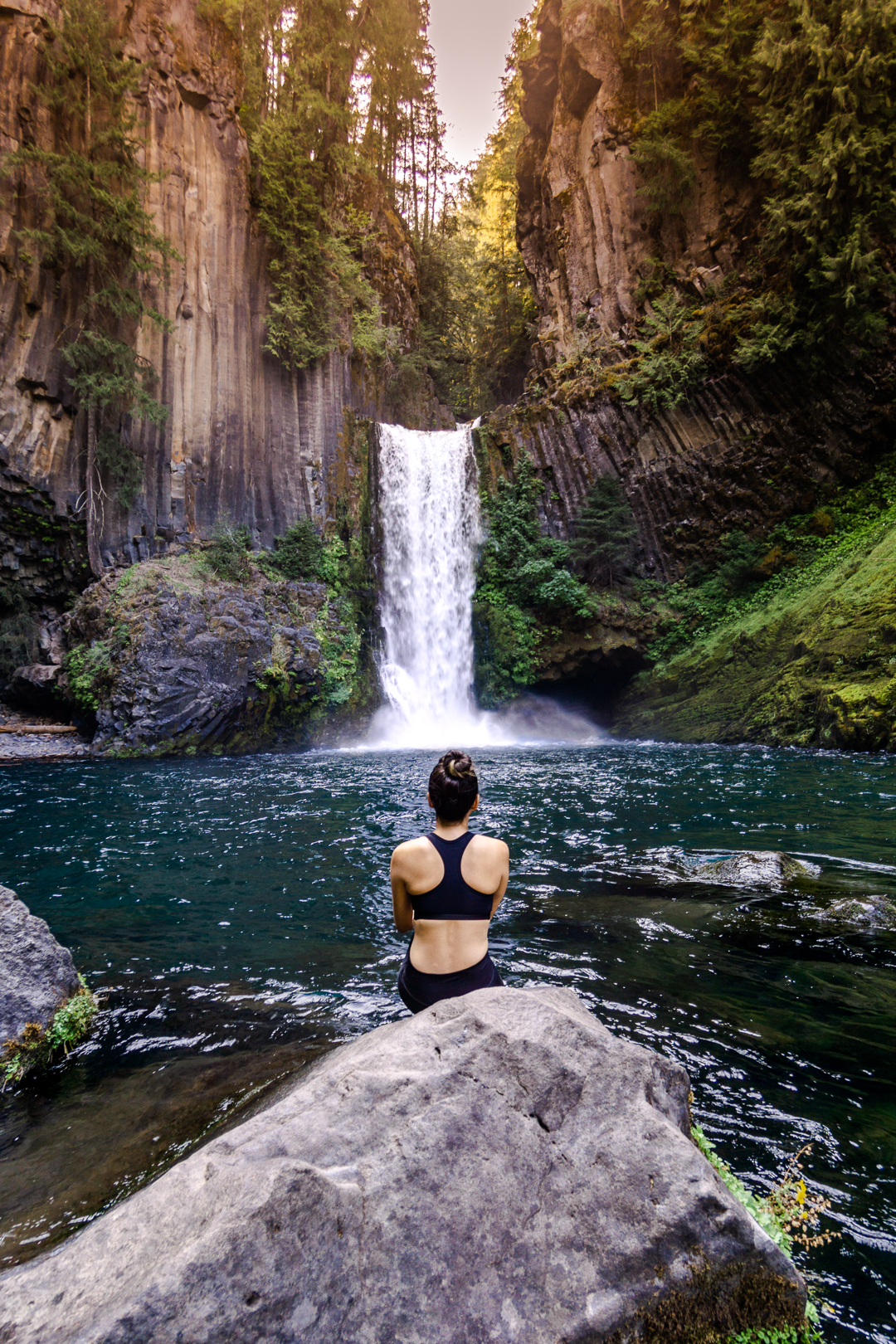 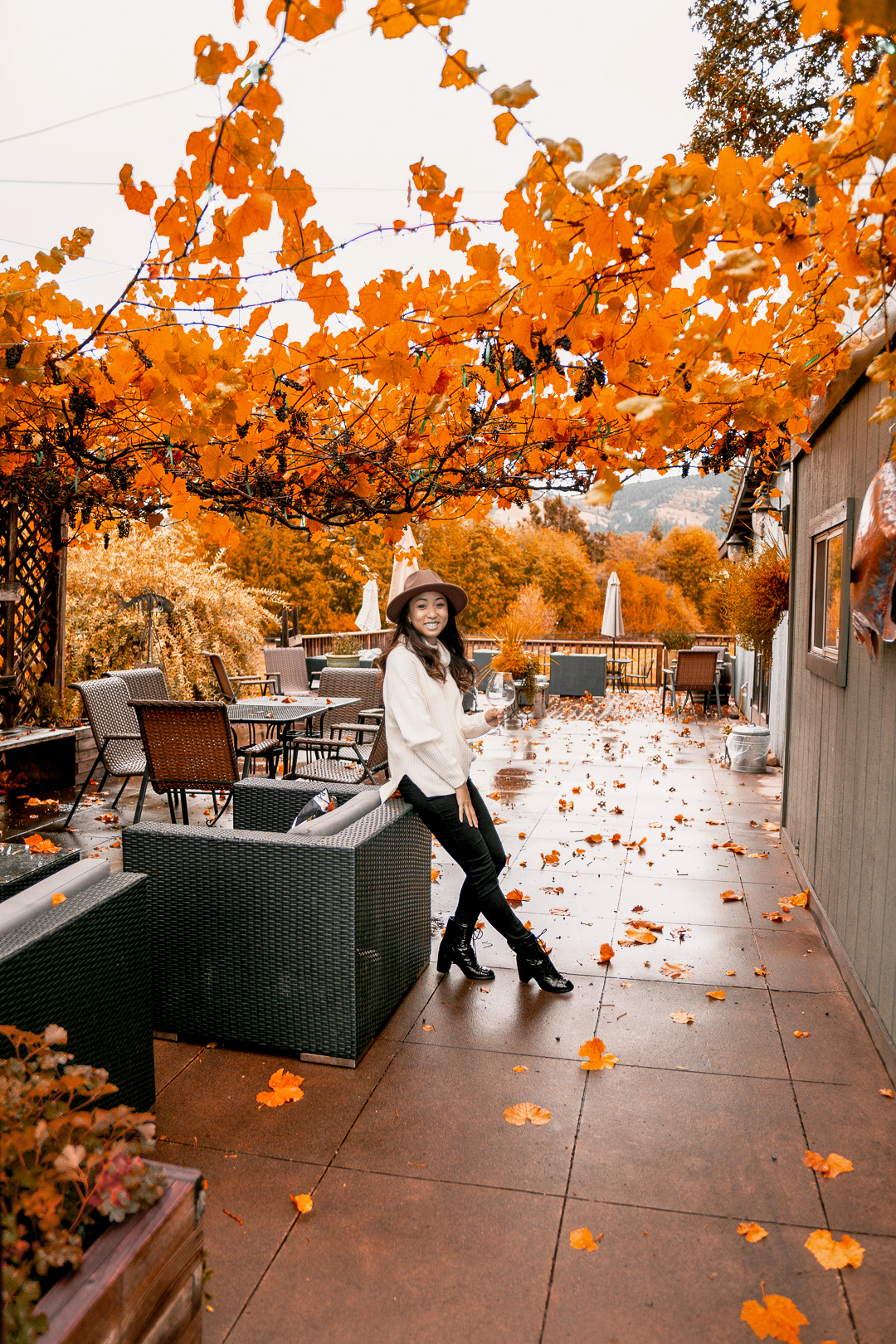 Now to cherry blossoms are all gone… got to figu

Nothing more iconic than the Washington Monument a

How about a picnic under some cherry blossoms?…

Cherry blossoms are my favorite flowers but unfort

Going to Washington D.C. to catch the cherry bloss

Who’s going to Tidal Basin to see some cherry bl

Do you know what time of year it is?! It’s cherr