Night + Market Las Vegas is located inside the new Virgin Hotel that just recently opened earlier this year. I know of the restaurant because I’ve eaten at their other locations back in Los Angeles. What surprised me though is that I had no idea they were opening up an outpost in Las Vegas. I spoke to the manager and they said that not a lot of people knew about it due to the pandemic but he’s hoping soon that people will catchword. We technically came here just for drinks since we had dinner plans at Kassi Beach House right after, but after looking at the menu, we decided we needed a little “pre-dinner snack.”

As with any Vegas hotel restaurant, you probably already know that you’ll be paying a lot more than you would at a regular restaurant off the strip. Since I’ve already been to their original locations back in LA, the Vegas prices were a little hard to swallow. Our cocktails averaged around $18 each and the entree that we ordered was $32. Even though we were paying Vegas prices, I would happily come back here due to the amazing service we had.

For our little “pre-dinner snack,” we decided to share the Uni Fried Rice. The plate was definitely enough for two people to share. The presentation was amazing and definitely Instagram-worthy. Of course, I did wish there was more uni. It seemed that there wasn’t enough uni for the amount of rice, but maybe that’s me just being picky.

I’m not a usual cocktail drinker but when I took a look at their drink menu, it was so creative that I thought I had to at least try one. Also, it didn’t help that we were watching the bartender make these beautiful drinks all night so that sold us too. We got the Talesai Mai Tai and the Spiked Thai Tea. I’m glad to report that both cocktails were out of this world and that is A LOT coming from me. I’m usually very underwhelmed by cocktails but their drinks were delicious, fun, and worth paying for.

I would say the ambiance at Night + Market Las Vegas is almost like their other locations but with the extra added Vegas bling. If you’ve been to their other restaurants, you would know that it really has this hole-in-wall quality, but since it’s Vegas, they decided to make it fancier with all of the discos balls and flashy finishes. The bar is also super bright and modern. It was great for meeting people and talking to the bartender.

We sat at the bar and were immediately greeted by the bartender. He soon after poured us a little tasting of wine and explained that they were thinking of putting this wine on the menu and wanted to get customers’ opinions on it before they do. I seriously thought this was the most genius idea ever! Not only do you get to test out your wine on patrons to see if it’s good enough, but you automatically start out their dining experience on a high by giving them a free drink.

I will definitely be back! Since we only planned on having drinks here, we didn’t get to try the food as much as we wanted to. I think I would probably sit back at the bar too since it’s so pretty and it’s always fun to chat with the staff. The question now is if this restaurant will be worth coming off the strip for. Since it’s located at the Virgin Hotel Las Vegas, it’s not really convenient for people that are staying on the strip. You will have to either drive or take a taxi. 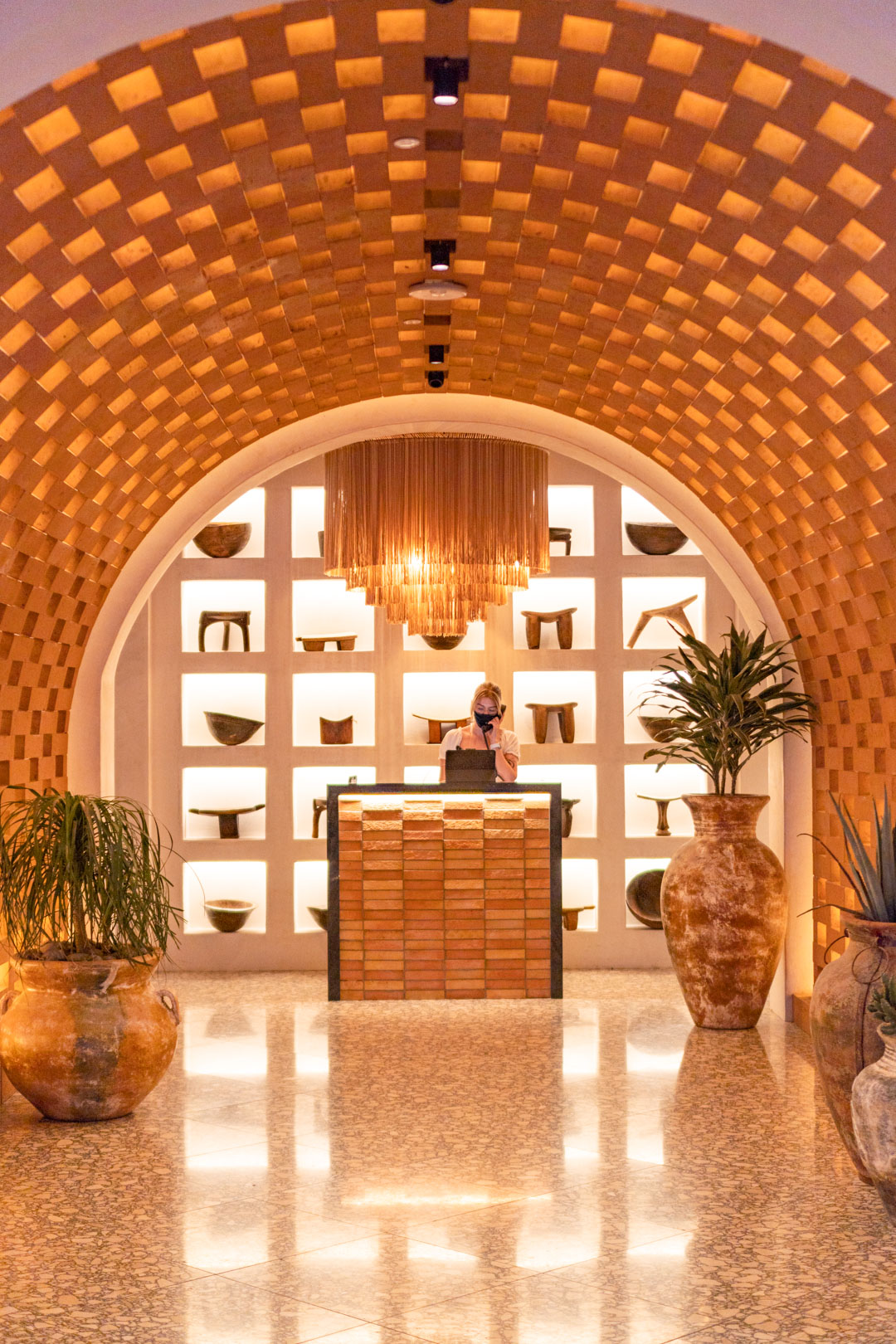 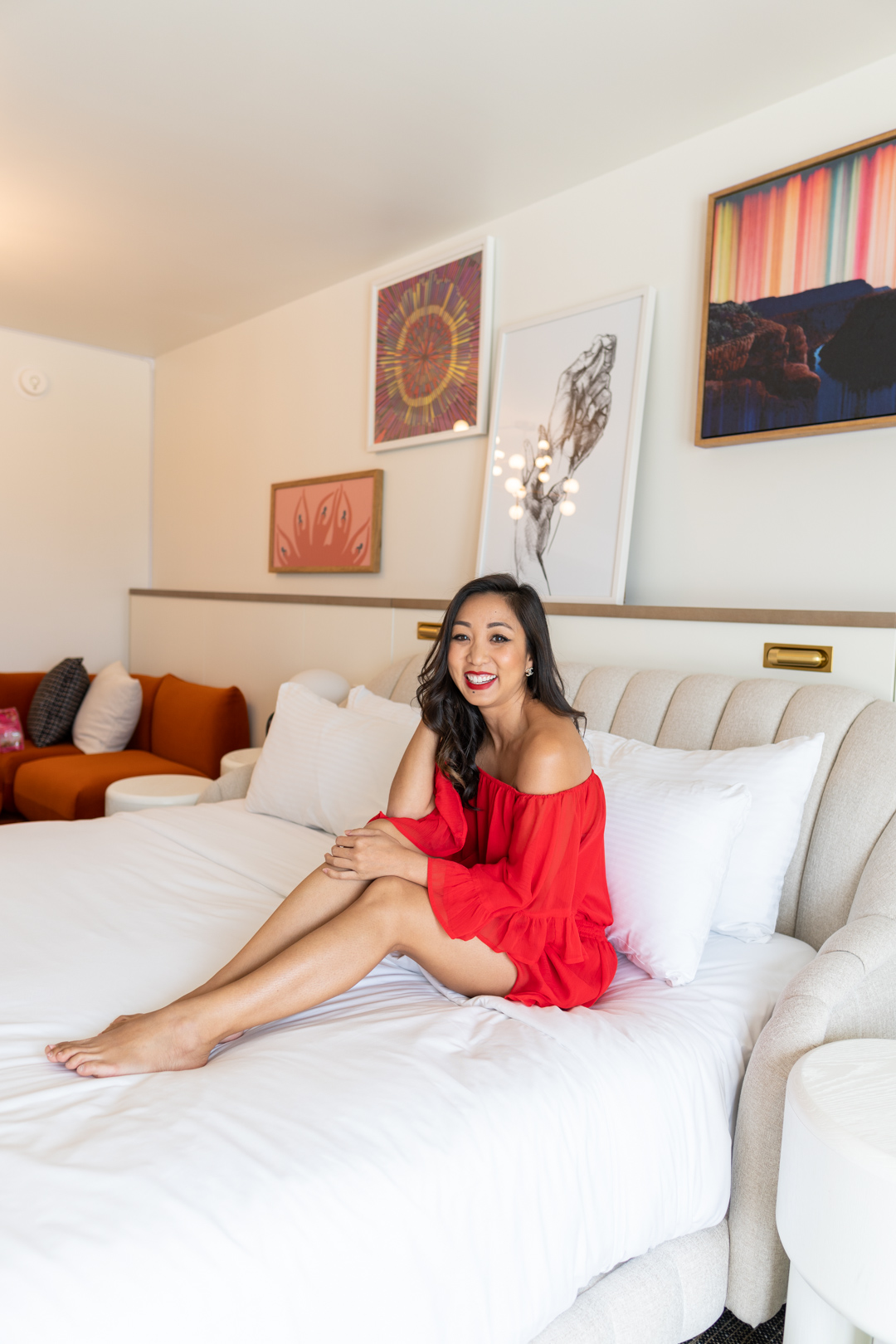 Are you Hyatt Globalist? Make sure you read up on

New Blog Post is Up! Thinking about visit Nice, Fr

You can find the Greek god Apollo at the southern

Met some nice people and they offered to take a pi

New Blog Post is Up! Thinking about heading to Fra

Walking the streets of Nice, France on my first da

First time in the French Riviera! First stop is th

I’m on a roll… Another blog post is up! Have y