This past Thursday, I was lucky enough to have a friend that had an extra invite to the Resorts World Las Vegas Grand Opening Party. This was my first time ever going to a Las Vegas hotel opening and I was over the moon. I’ve been following the progress of this hotel for years now and can’t believe opening day has finally come. I remember when they first announced this hotel years ago and it was supposed to be an Asian-themed hotel. This was exciting for me because the only Asian-themed hotel I knew of was Imperial Palace and that got sold and renovated into the Linq years ago. Even though Resorts World has Asian elements like the Singaporean hawker-style food hall and the Genting Palace restaurant, the hotel itself isn’t overly Asian at all. It’s a more modern take on Asian design which I thought was beautifully done. With that being said, I still wished they kept the design of the facade. The old renderings of the hotel definitely look more interesting than what they ended up building today.

If you haven’t heard of Resorts World Las Vegas, it’s the newest casino/hotel on the Las Vegas Strip. There hasn’t been a new property on the strip in the past ten years so this one was a really big deal. Resorts World is a hospitality franchise that is owned by a Malaysian company called the Genting Group. They have properties all over the world but are mostly located in Asia for now. To be honest, I’ve never even heard of Resorts World until they came to Vegas but am thrilled that they did. It’s nice to have a new player in town that’s not MGM, Caesars, Wynn, etc.

Resorts World Las Vegas consists of three hotels: Hilton, Conrad, Crockfords. Hilton and Conrad are both under the official Hilton name while Crockfords is owned by the Genting Group. Although Crockfords is owned by a different company, it will still be a part of Hilton’s loyalty program so no need to worry if you wanted to use your points there. The Hilton consists of your base-level hotel rooms while Conrad is supposed to be Hilton’s higher-end rooms. Crockfords will be Resorts World’s ultimate luxury brand with villas and palaces (yes, I said palaces) and is set to open later this summer.

The grand opening was set to open on Thursday, June 24 at 11:00 pm. Since my friend got a VIP invite, we were allowed to come to the property at 5:00 pm to check into our hotel and enjoy the pre-opening festivities. The cocktail reception started at 6:00 pm so we decided to head downstairs around that time. Needless to say, we definitely got lost. I wish there was better signage on where to go but we eventually made it there. The cocktail reception was being held in the Crockfords’ lobby area. There were Grey Goose drinks and champagne flowing from every corner of the room. I saw Steve Sisolak (Nevada’s Governor), Kathy Ong (his wife), Paris, and Nicky Hilton, and Michael Voltaggio (my celebrity chef crush).

The event that I was looking forward to the most was the Taste Tour that was supposed to start at 7:00 pm. Of course, these events never run on time so that portion didn’t start until 7:30 pm and I was starving. Unfortunately, I think the excitement overtook my friend and I’s common sense because instead of eating, we ended up meeting other people for cocktails at the Gatsby Bar. We didn’t get to try the delicious food until almost 9:00 pm. By then, a lot of the food stations were shutting down, but trust me, we loaded up on as much caviar as we possibly could!

Around 9:30 pm, we finally make our way to the pool area. One of the employees told us that Tiesto was going to DJ a surprise set that night so I wanted to make sure I got to see him. I’ve been wanting to see him for almost a decade and it just never worked out until now. The pool area is absolutely gorgeous but I thought it would have been a bit bigger for such a large hotel property. We hung around and mingled with people until around 10:55 pm is when the fireworks started. Pretty much after that, all hell broke loose. It was 11:00 pm and the general public was now allowed to come in!

I had plans to meet up with two of my other friends at 11:00 pm when the doors finally open. Unfortunately, there was such a huge line that I didn’t get to see them until 12:30 am. The casino was absolutely packed with people wanting to gamble on the new shiny machines. I couldn’t even find one machine to gamble the $20 that I wanted to spend. The rest of the night was spent trying to get a drink. My friend magically got one round of drinks for us once we found my other two friends, but that was it. The hotel/casino was severely understaffed for the number of people that came. At one bar, the cocktail waitress literally came back and told us we should order at the bar because our original order with her was behind five other cocktail waitresses.

At this point, we were all tired and decided to call it a night. If I had more energy and FOOD, I probably could have lasted longer but my feet had already given up on me. Overall, had an amazing time and am so grateful that I got to experience a true Las Vegas hotel opening. If you have questions, please feel free to comment below. Otherwise, enjoy all the pictures! 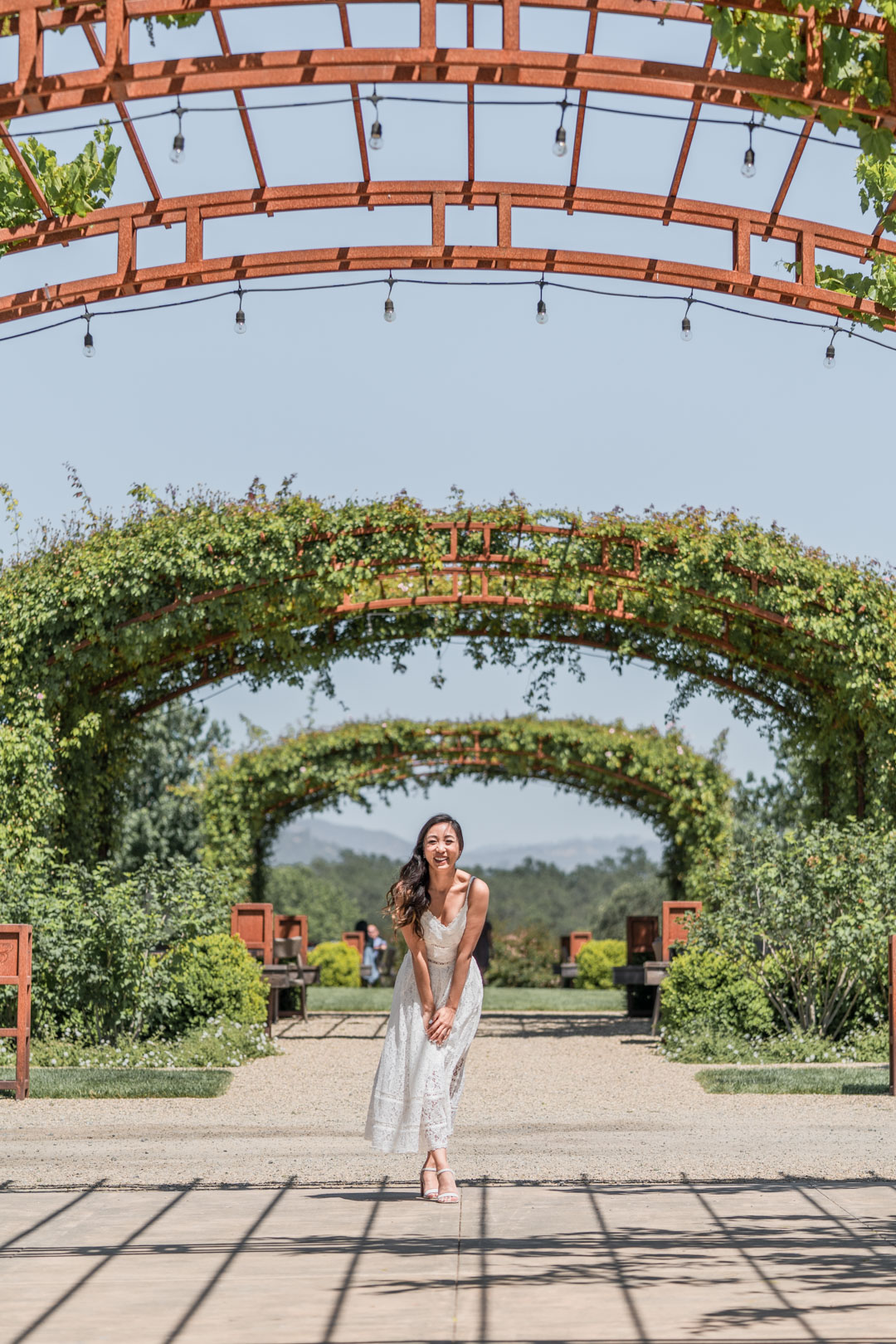 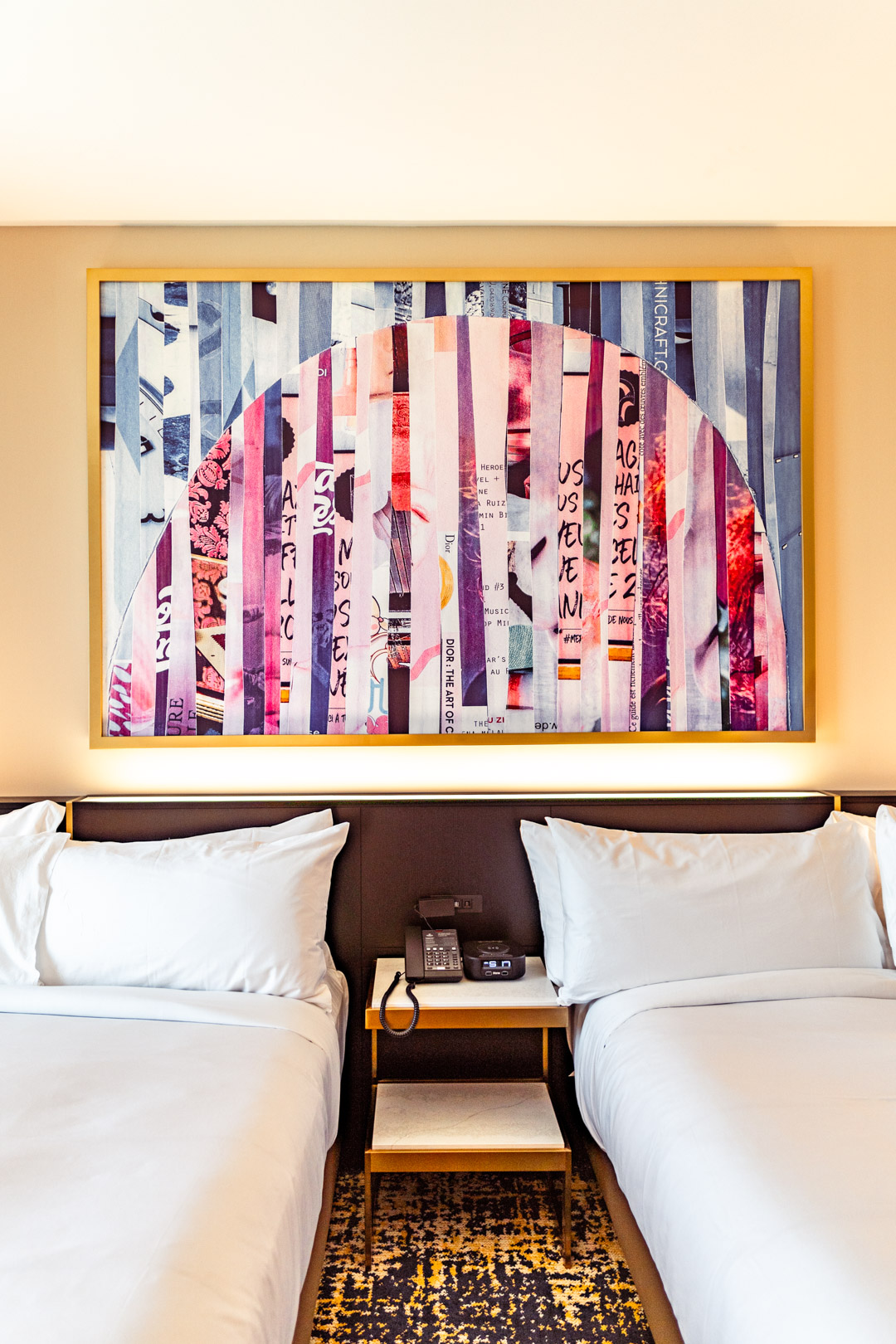